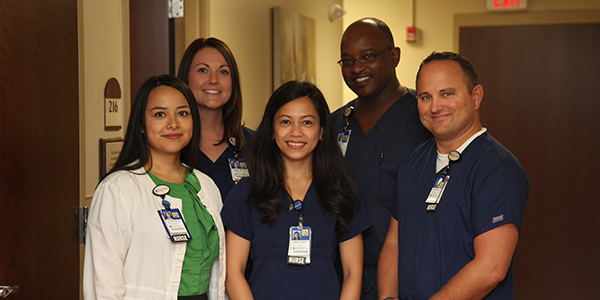 Leaving a Legacy by Honoring Her Parents

In addition to wanting to support nursing education, there was something else Dorothy wanted to accomplish through her gift - to honor her parents. Through the language in her will, she was careful to note that the endowment should be named the William and Grace Lewis Scholarship Endowment Fund in honor of her parents and the important role they played in her life.

After graduating from Drake University, Dorothy served in the US Navy during World War II and in the US Navy Ready Reserve until 1970, and would go on to finish her career in various roles within the Federal Government. In her retirement. Dorothy volunteered with the Occupational Medicine Team at UnityPoint Health - Des Moines, continuing her lifetime of serving and helping others.

Dorothy wanted to ensure that the difference her parents made lived on through her giving and the future generations of nurses who benefit from their lifetime of helping others. A named endowment is a meaningful way to ensure that legacy lives on in perpetuity.

Endowments are permanent funds established by donors where the principal amount of the gift remains intact and is invested for long-term growth. The William and Grace Lewis Scholarship Endowment Fund will generate an on-going source of funding for the hospital to advance the level of nursing at UnityPoint Health - Des Moines through continuing education, certification, and specialized training.